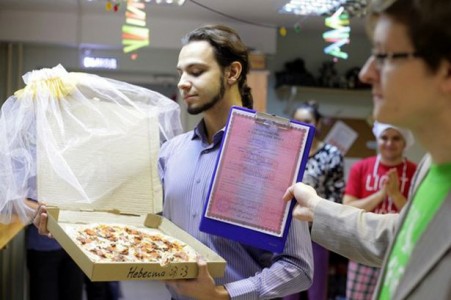 A lonely Russian man married a pizza after he became fed up of being single.

The wedding ceremony allegedly took place in a pizzeria in Tomsk, a city in Russia.

“Love between two humans is a complicated wild thing. I was grateful that I had at least my love of food and then it came to me that actually love for food remains stable no matter what.”

He added: “Pizza would not reject you or betray you and, speaking quite frankly and sincerely, I love it.” 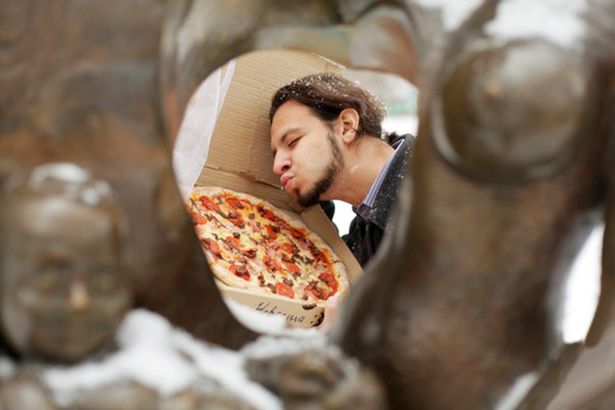 Russian authorities refused to officially register the marriage and the church also turned down the 22-year-old’s unusual request.

The restaurant presented the couple with a non-official wedding certificate while the pizza itself was covered in a bridal veil.

The news comes in the same year that an American woman called Linda married a rollercoaster named Bruce.