A study has mapped the personality of hundreds of places across Britain, meaning you can find out what town matches your nature. It is the largest study ever conducted into the psychological landscape of the country, covering 380 places and 400,000 people. The study lasted two years and looked into five key personality traits: extroversion, agreeableness, neuroticism, openness and conscientiousness. 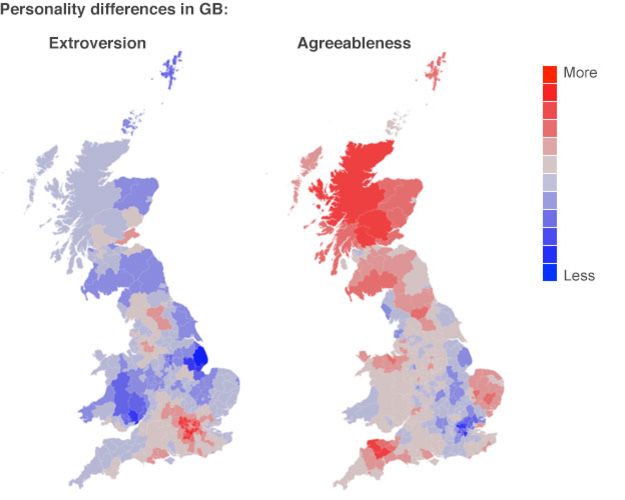 The results found that Londoners are particularly extrovert. While others drawn to social and stimulating experiences were from south-east England, Yorkshire, Manchester and Scotland. By contrast, Wales and the North of England are seen to consist more of introverted people.

Agreeableness – which means that bonds between people are more easily formed – is ranked highly throughout Scotland. The north and south of England are also agreeable, while London and the east in general are not. 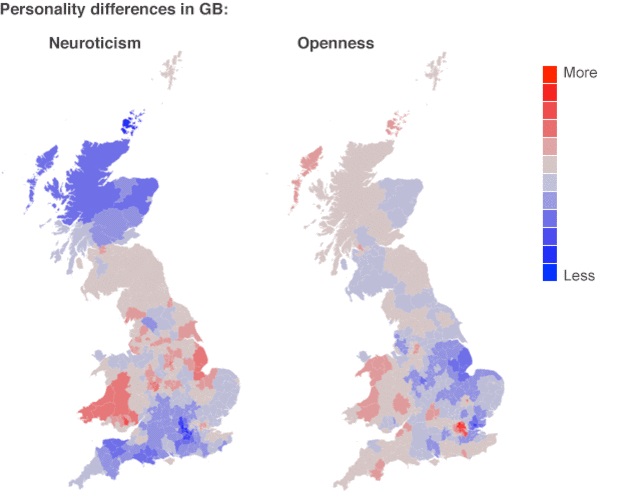 It was also found that neuroticism – concerning how people react to threats and stressful situations – was particularly high across Wales and some of the Midlands. People in southern England and Scotland, however, were found to be more “calm, relaxed, and emotionally stable” than the national average.

Urban areas like London, Oxford, Cambridge, Brighton, Bristol, Manchester and Glasgow, with high levels of openness, were found to contain an abundance of creativity and curiosity. The East Midlands and the East of England saw much lower levels of openness, however. 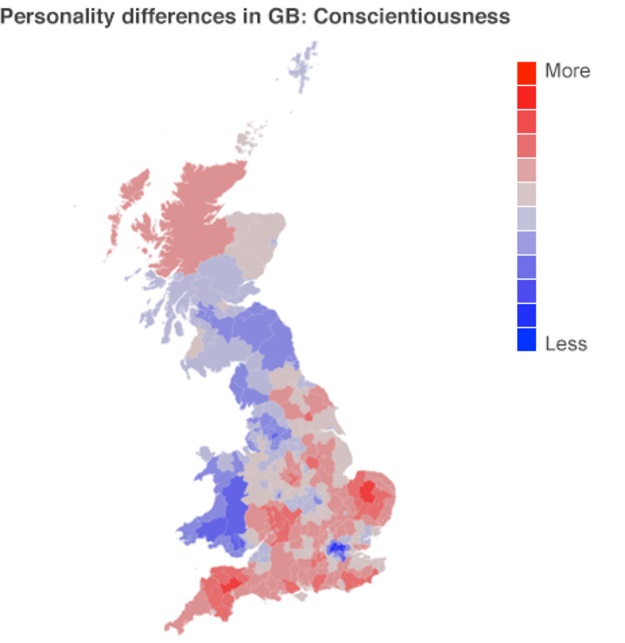 Finally, the study found that southern England and the Scottish Highlands were highly conscientious, exhibiting organisational skills and self-control. London, Wales and the North of England, though, is said to be more indifferent or rebellious.

The project’s lead researcher, Dr Jason Rentfrow of Cambridge University, also found links between this study and a similar one carried out in America.

It was found that big cities were more creative but less agreeable than rural areas. Warmer areas, such as the US West Coast and the South West of England, meanwhile, were found to be less neurotic.