Being at university is one of the best experiences you’ll ever have. You make friends for life, learn loads about a subject and come out with a degree and, hopefully, better job prospects.

Some of the things you learn at university have nothing to do with the working world and are instead important life lessons that you’ll mostly figure out through a whole bunch of mistakes. Life lessons like how not to blow all your student loan on an iPad, and that ‘beer before wine, you’ll be fine’ doesn’t apply when you drink two bottles of wine.

From freshers until graduation you’ll figure your way through essays, partying, cleaning and cooking. Caitlin Irwin talks us through 18 things being at university will actually teach you.

Usually this involves one major slip-up which teaches you once and for all that you have to take care of your student loan to an extent. Buying all those clothes and gadgets won’t seem like such a smart idea when you’re living off 17p noodles for three weeks. You learn how to get drunk as cheap as possible, eat for as cheap as possible, and avoid doing anything that costs too much money (usually so that you can use your student loan to pay for a holiday over the summer). Learning to factor your alcohol intake may not have been what your parents were hoping for, but it’s an important lesson and one you’ll carry with you for life.

2. How to make a meal out of almost anything

Chicken dippers, pasta and sweetcorn? Sure, you can make a meal out of that. You’ll learn to cook with any three ingredients. Own-brand products are your life and you now accept that cereal is a meal at any time of any day. It’s a skill you’ve honed which also benefits your new budgeting expertise.

3. You can achieve anything with a energy drinks and no sleep

Of course you shouldn’t leave those essays till last minute… or that presentation, or that research… but at some point you will. But this will teach you a valuable lesson – that you can achieve almost anything in 48 hours with a mass of energy drinks and the threat of failing a module. You may question your existence, your intelligence and life itself, but when you hand those pieces of paper in – with dreams of sleep, Netflix and your cosy blanket in mind – you are safe in the knowledge you have just scraped by. Forget a first; you’ll take 40%.

You cry, take naps, spend a lot of time confused and are constantly making a mess. You throw up a lot more than you used to and, if you’re lucky enough, your wisdom teeth might start to come through – so you also experience teething problems. Being at university really shows you what your life must have been like as a baby.

5. How much alcohol you can actually handle

It’s a lesson you learn… and then learn to ignore. It’s usually in the early days of your university career that you figure out just how much you can take. Freshers week is the time to test your limits and at one point you probably won’t even make it out of your own flat. It never ends well, but at least you’ll know your capabilities.

6. That you are so far from being a grown up

If there’s one thing you learn at university it’s that even though you’re legally an adult you’re so, so far from being grown up. In fact, you barely know how to look after yourself some days. When you’ve suddenly got to sort out your own problems yourself, you realise how much your parents have actually done for you over the years. You’ll also play ridiculous and childish pranks on your flatmates, like attacking their draws and cupboards with stickers about that girl they once brought home, which is totally grown up.

7. How to make friends

You make friends by being drunk. You’d struggle to think of a friend you made at university that you didn’t bond with while drunk. Apparently that’s how you do it. You get drunk with friends form your flat, course and society all in the first two weeks – and, to be quite honest, you don’t know if you’d be as close without all of the drunken shenanigans. You really get to know people well when they fall over in the queue, cry in the smoking area, throw up in a toilet and try to start a fight with a bouncer. It makes you closer.

8. Netflix is a gift from God

Praise the good Lord for this sweet, sweet, gift from Heaven. You’ll just binge-watch on your own… when you’re supposed to be in class… at 3am in the morning. You’ll binge-watch so much you’ve seen the same series three times. But there’s no better to spend a hungover day, A.K.A every day.

God forbid you ever get ill again after freshers flu as your fragile body won’t handle it. But you will get ill again. In fact you’ll probably get ill more than you ever did at home because you eat a lot worse, drink a lot more, and generally won’t look after yourself as well as you probably should. As you lie in bed, crippled with a headache and a slight cough, willing yourself to get up and make soup instead of watching Orange is the New Black, you’ll long for your bed at home, or your kind parents, siblings and friends who’d usually help you in your time of need.

Group work in school was so fun. WHAT HAPPENED?! All of a sudden, when your grades matter more, group work becomes lethal. It’s a sure-fire way of making you hate that person on your course you first thought was alright. As a result you’ll swear to become independent and to never, ever, work in a group again.

11. Not to bother to look for missing cutlery

At some point a fork will go missing. Nobody knows why but it’s nearly always a fork. Sometimes it’s a spoon and sometimes it’s a knife – but cutlery will be lost. You’ll learn not to bother looking for cutlery when it leaves its respective place in the draw. It’s gone forever.  But be prepared to see it somewhere you didn’t want to see it, like in a bathroom, at the bottom of someone’s bed or sat covered in mould. Just don’t look.

‘How did you get into university?’ It’s the question you repeat in your head daily. It applies to loads of people, from those who ask what the subject you’ve been studying for three months is about, to the person in your flat who can’t figure out how to use a washing machine yet somehow gets firsts. It’s a crazy, confusing world.

13. To always have a large stash of toilet roll

All these years you’ve taken toilet roll for granted. It’s been constantly supplied to you and you’ve probably never had to buy it. Then when it runs out it’s absolutely, 100%, game over. Always stash toilet roll; if you run out when you’re desperately hungover, seriously ill, or just in need, you will regret it. One of the most important lessons you’ll learn in three years is that toilet roll is important.

14. How to buy as few drinks as possible on a night out

You’ll learn well how to go out get totally hammered with only a tenner spend. You’ll know what drinks are cheap, what will get you the most drunk and how much pre-drink will get you through a full night. But, most importantly of all, you’ve kissed goodbye to Absolut and Smirnoff and welcomed own-brand with open arms.

15. The rules to a variety of drinking games

You will leave university with a mind full of drinking games. Some will be simple, like singing for someone to down their drink in eight, and some more confusing, like ‘ring of fire’ with rules that are debated far and wide across the country. Either way, you now have a list of different ways to get drunk – and it’s great.

16. You could have a career in procrastination

Not only will you learn how to procrastinate, but you’ll learn to make your procrastination productive. That way you can lie to yourself that you’re not procrastinating. ‘Oh, my 2,500 word essay is due in two days and I haven’t started? I’d better clean the entire flat first as it’s looking a little messy.’

17. How to reference things you found on Google Books

Recommended reading just feels like another way of taking money off you. You’ll learn to panic-search for the books in the library, probably not find them, and beg a friend who you’ll find also doesn’t have them. You’ll then resort to Google Books and pray your lecturer doesn’t find out you’ve used a search engine for every reference in your entire essay.

18. How to have the best time of your life

If there’s one thing you’ll get out of university it’s how to do the things that make you happy. You’ll meet amazing people, have amazing experiences and hopefully come out with a degree. In the end, everything you learn (the good and the bad) becomes totally worth it.

It can be difficult to know what to expect your first student food shop to cost, lucky for you, we’ve created the ultimate food shopping list so you can know exactly what to expect. 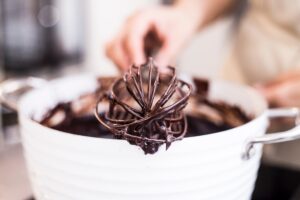 Impress your flat mates with these super tasty chocolate recipes – after all, chocolate will always go down well! 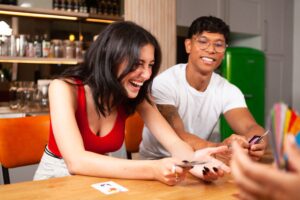 Off to uni this year? Make sure to try out everything on this university bucket list and make the most of your time spent living away!

Manage Cookie Consent
To provide the best experiences, we use technologies like cookies to store and/or access device information. Consenting to these technologies will allow us to process data such as browsing behaviour or unique IDs on this site. Our partners will collect data and use cookies for ad personalization and measurement. Not consenting or withdrawing consent, may adversely affect certain features and functions.
Manage options Manage services Manage vendors Read more about these purposes
View preferences
{title} {title} {title}
Menu