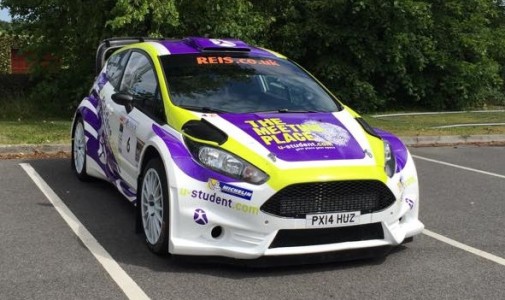 u-student rally driver Alex Laffey has one eye on title

Fourth in the MSA Asphalt Rally Championship despite being plagued by car problems at his last event, Alex Laffey is hoping for an even stronger second half to the season.

A turbo pipe came loose during the first loop of the ALMC Stages Rally earlier this month – but Alex clawed back some time and sits just one point behind third place in the championship.

“The problem cost us a lot of time and we didn’t have the tools in the car required to fix it,” said Alex.

“The car just had no power and struggled to get to 60mph. After that it was all about damage control and the conditions weren’t in our favour.”

The crew then fixed wet tyres to the Fiesta R5, anticipating rainfall for the second loop – but the tactical gamble backfired as the track stayed dry. 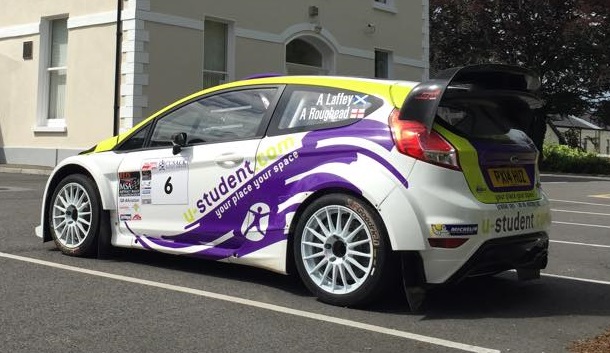 Things picked up for Alex, who fought at the front during the final stages, and the 25-year-old was keen to take some positives from the event in Ireland.

He said: “We have to drive in any circumstances thrown at us and things often don’t go to plan. But we were the third-fastest championship car in the last loop which shows that we had the pace.

“It’s a shame we didn’t have a clean run as if you removed the four minutes [dropped early on] we would have been battling for a podium finish.”

He added: “You can’t dwell on these things; you have to take what lessons you can from it and push harder next time.”

Alex praised the ALMC Stages ceremonial, where people gather to take a closer look at the cars, but insisted he is fully focussed on this weekend’s Tyneside Stages Rally.

The upcoming event in the North East was won last year by Andrew Roughead, who happens to be Alex’s co-driver this season.

Alex said: “Andrew is a fantastic navigator and brings a wealth of experience to the team. He has grown up around these stages and done them time and time again – so hopefully he can push us and the car to our limits.”

Now halfway through the season and first in the B14 class with three events remaining, the u-student driver admitted he has one eye on the overall championship title.

“We’re in a great position to challenge come the end of the season. I’m hoping to put in some strong results and it should work out well.

“I really want to be on the podium at the end of the year. We have the pace – and now is the time to put it all together.”